If you need more evidence that Savannah is one of the most haunted locations in the country, look no further than our very own interview with a Savannah ghost! The Tybee Vacation Rentals team was lucky enough to go on a ghost tour with Blue Orb Tours, where we learned all about the ghosts that haunt the Hostess City. They’re one of the best in the city, and while they can’t guarantee a sighting, we were lucky enough to interview one! And, who better to ask about Savannah than someone who’s been living like a local since for over 200 years? We hope you’re dying to read it.

Tybee Vacation Rentals: So, who are were you and why are you still roaming the streets of Savannah in the afterlife?

Graham Webb: Well, funny enough I was once a well-known physician in this town, but it didn’t help me much when the Yellow Fever Epidemic of 1820 rolled through. In treating all of my patients, I ultimately contracted the virus and passed away along with the nearly other 700 other victims of the outbreak. And, that was just the first of several yellow fever epidemics!

TVR: Wow, nearly 700 people? Is that why Savannah is one of the most haunted places in America?

Graham Webb: Oh, that’s just the tip of the iceberg! Savannah is consistently voted one of the most beautiful cities in the nation because of its majestic moss-draped oaks and picturesque cobblestone streets. However, it’s what lies underneath that captures the souls of spirits. Bloody battles, slavery, ferocious fires, deadly diseases, and much more all contribute to the somber history that ties the paranormal to the city.

TVR: Let’s make this a little more lighthearted! You mentioned that you’ve seen the city undergo some serious changes from beyond the veil. How has the city changed over the 200 years.

Graham Webb: How hasn’t it changed? I’ve been here through it all. First of all, did you know Colonial Park Cemetery, where I permanently reside, used to be larger?

Graham Webb: Oh yeah, there are over 9,000 people buried in there; however there are definitely fewer headstones than that. That’s because the burial grounds extend past the fences and under the very sidewalk you walk on!

TVR: Well, this isn’t getting any more lighthearted liked we hoped. Do you have any other morbid details to share before we change our tune?

Graham Webb: One more thing! Do you know Rene Rondolier? He’s said to be a seven foot tall murderer that terrorized Savannah in the early 1800’s and now terrorizes the living from beyond the grave. Want to know something that’s really been on my nerves? He’s just a big hoax! Never existed! I’ve been in this cemetery for over 200 years and you’d think I would’ve seen a giant ghost wandering around by now. It’s really a bummer for us ghosts that actually want to scare people! He’s frightening everyone away and he’s just a made up tale.

TVR: We’ll be sure to let everyone know about your issues with Rene…Do you actually have any positives about Savannah?

Graham Webb: Fine, fine, just forget about us! I’d say the living has it made in terms of things to do compared to what we were working with back in the day. Shopping at Harper, eating at Collins Quarter or B. Matthews Eatery, visiting the Telfair Museums or relaxing at Spa Bleu. I didn’t get any of that!

TVR: Savannah has grown a ton. When you were alive, did you ever get to visit Tybee Island?

Graham Webb: Visiting the Tybee Island beaches used to be quite the trek, but now it’s a breeze! I only wish I spent my days kicking back on the beach and enjoying beautiful sunsets over the ocean. I’ve always loved seeing the Tybee Island Lighthouse, it’s been standing since long before I moved to Savannah! I guess now I just have to do it from the other side.

TVR: We’ll be happy to welcome you to Tybee anytime! So, it looks like we’re running out of time. However, we have time for one last question. Seeing as we were only able to meet you on a ghost tour, what are you’re thoughts on all the ghost tours around town?

Graham Webb: Well, I personally love them! With over 40 to choose from, there’s never a shortage of new faces that come by trying to catch a glimpse of the paranormal. You all at Tybee Vacation Rentals really lucked out with being on a tour with Adam from Blue Orb Tours. He’s one of the best in the city!

TVR: We really appreciate you taking the time out of your scaring schedule to talk with us!

Graham Webb: Have a spooktacular rest of your day! 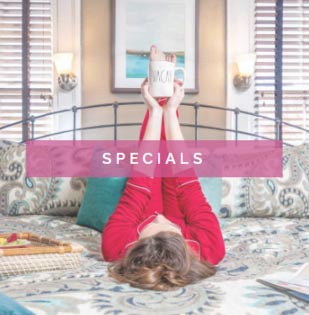